A Practical Way to Do Netlist ECO & Debug

Gate array cells are larger than the normal standard cells. For example, GFILL1 is four times larger than FILL1 and GND2D1 is 25% larger than ND2D1. The power consumption and timing are similar.

The tiles on the GFILL8 can be regrouped and rewired in metal layers to form different functional cells. For example, GBUFD1 takes two tiles and implements buffer function and GAN4D1 takes 3 tiles to form 4 inputs AND function.

For example, saving the result in ICC TCL script, the cells in Figure 1 have the following commands:

The gate array spare cells ECO has ~70 gate array functional cells added. The wire connections are well concentrating in one location as shown in the Figure 4. 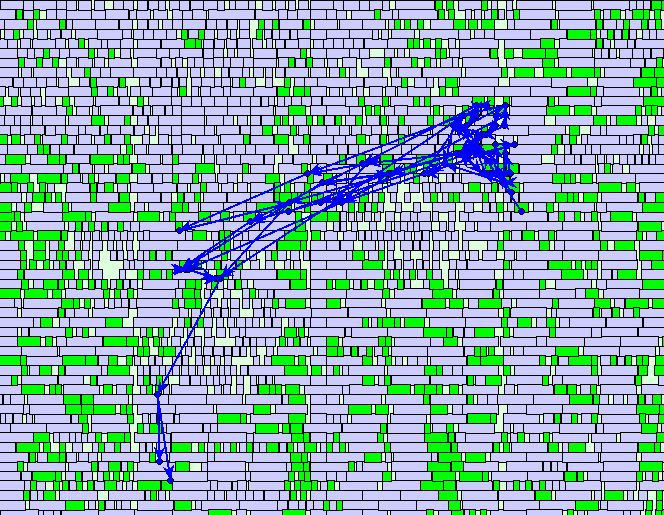 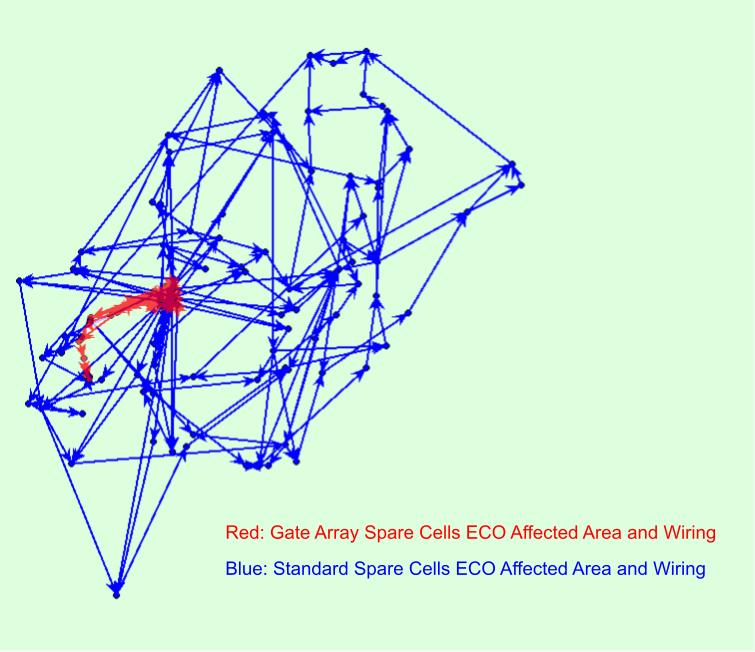